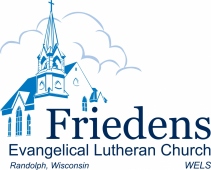 About Us
Blessed are those who hear the word of God and obey it. ~ Luke 11:28